All i know about australian muties.

42 replies to this topic

Hello everyone. Here i'll try to share my view on highly misterious Australian cannabis variety. I have to clear my state at first..i'm NOT hunting for it, my hobby is much more close to science that to any type of business or hype. Thats it.
I will not name it "Mongy weed" or "Mongy something". Because i  have no right to name it this way. There is a great thread by MongyMan where he described this in details.
What i'm trying to do is to show current situation around it. This is not a "serious investigation", just a little overview.
ABC is in public already and one of seedbaks is selling it in ibl form along with several crosses with abc male. BUT what catched my attention is that IBL's are selling under two names (site3 and site4). Only this fact leads me to start my searching. Because, as i remember, there was only one wild variety. As a result, I've found quite a few guys and gals who is currently growing both and posted photos. So it is possible to compare both from start, and i hope, to finish
there are a few pictures of ABC Site4 and Site3 plants attached to this post to compare both. At this early stage they are imho identical, maybe a noticable difference in leaf shape only.

Here's a Quote from Mongy Man's thread. It is saying a thousand words about an origin.

Hyb also done a great systemic work onto abc (he used this name for some reason). And now has released an improved hybrid under the name Subterfuge#1. It is available to buy and try. The photos of Subt1 and other Hyb's work are on his IG
Also Hyb has posted a few of his photos in MongyMan's thread.
Now according to "vine like branches". I'm very very sceptical about it. All I have seen is just one picture of Dizzy where one branch was curled around another one. Just one branch of a plant is not a mutation and to me it looks mostly like constant ga3 treatment and as a result massive elongation of internodes. This is what i personally think about it. But i may be totally wrong.
So what we have on today?
There are:
1. pure Mongy weed, a Mongy Madness hybrid.
2. an ABC and its hybrids
3. Hyb's gear.
All of them has its own traits. And all of them will be used in futher hybridization.
I dont know if it ever useful for someone, but at least for some time we will not mix meatballs with flies.
thank you.
sava.

Say thanks with some bits:  bc1q2u6zm8fvmf9n6zv0kdtq0gsvhjfhdcysfss94j  (BTC Only)

Maybe it should be called monga weed as it looks like shit, fuckin horrible looking stuff, each to their own but seriously why would you even bother?

Very nice ,that's not entirely true k9 , was claimed to measured on immature buds
Much higher after 10 to 12 weeks
I've seen it once when I was about 19 , a couple in the woods back of Noosa had some , they claimed in their garden
Didn't know what at it was back then ,so it could or could not have been
They had some good buds so who knows 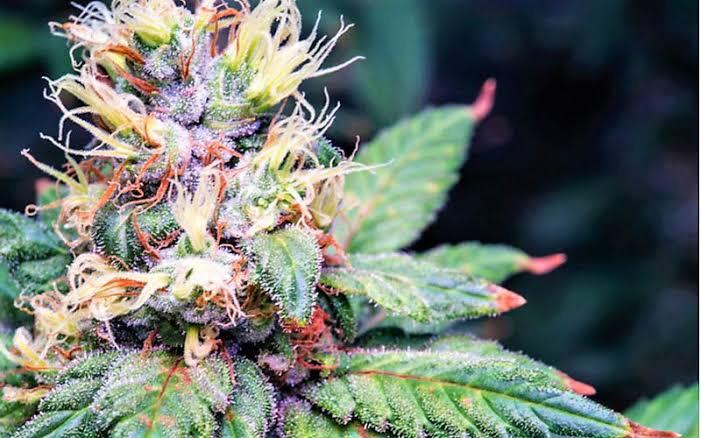 I’d rather the black swan over the ugly duckling.

but seriously why would you even bother?


To be honest, i dont know. Maybe because of very contradictory bs around it. I was feelling myself swamped, when i've tried to know a lil bit more.
Finally found a few guys who doing serious breeding projects on it and a crowd of hyping "moneymakers". So nothing new

Very nice ,that's not entirely true k9 , was claimed to measured on immature buds
Much higher after 10 to 12 weeks
I've seen it once when I was about 19 , a couple in the woods back of Noosa had some , they claimed in their garden
Didn't know what at it was back then ,so it could or could not have been
They had some good buds so who knows

there is 140 cannabinoids in a triscombe head , most of which we know zip about

well , 2 new cannabinods have been discovered / named , one looks similar to cbd the other looks allot like THC except could be 30x stronger

in it's psychoactive properties , which could explain why back in the day canna could have been stronger with a lower THC % & increased amount of the cannabinoid THCP

in our rush to breed high THC cultivars we have missed out on the majority of the 140 cannabinoids , which might have no effect , but based on the the cannabinoids we have played

Cannabis contains over 140 similar chemicals that interface with receptors throughout the body,

but as far as we know, only THC can induce a mind-bending high. Now, scientists have uncovered

two new cannabinoids, one of which structurally resembles nonpsychoactive compound CBD and

the other of which looks like THC but could elicit stronger effects — at least in theory.

The THC look-alike, named tetrahydrocannabiphorol (THCP), seems to interact with the same receptor

as THC, the receptor known as CB1, according to a new study published Dec. 30 in the journal Scientific Reports.

The key difference between THCP and its cousin lies in a chain of atoms jutting off the newfound compound.

Research suggests that the protruding structure, called an alkyl side chain, is what allows THC to plug

into its preferred receptor. A cannabinoid must carry at least three carbon rings in its side chain to gain

access to CB1, and THC compounds typically carry five. On paper, a cannabinoid equipped with more

the absolute perfect fit, eliciting the strongest biological response. But no such compounds have been

uncovered in nature, the authors noted in their paper.

This compound boasts not five, not six, but seven carbon rings in its alkyl side chain When applied to a makeshift receptor concocted in a lab dish, the compound tended to bind the substance 30 times more reliably than THC did.

gday Sava ,,sorry for being a wowser ,but I don't like this thread ,,,well it's the pics really ,,,,,,,just speeds up the decline of this strains anonymity .

Yeah we know the seeds have been on sale with pics but it doesn't help by Splashing pics about.

Last thing growers of it want is for cops to become familiar with it ,

At the moment it's safe to fill your backyard with it ,,,lots of them ,,and feel fairly safe.

Doesn't matter whether you think it's a crap strain or not,,some want to grow it for their own reasons ,

This thread don't help them much.

Wouldn't blame mods if they took the pics down either.

"cannabis back in the day seemed stronger"

Back to Narcotic Cannabis Genetics/Strains