18 replies to this topic

Wondering what cuts everyone would go for if they could only:

1. Have one and only one final cut to grow forever.

2. Could have 4 cuts, one each of a sativa, indica, hybrid and medical/cbd strain. You don't have to have one of each but only one from each of the types you choose to grow.


This doesn't have to be something you can easily get or is available on the market. It might be something only an elite seedbank has and doesn't sell or share. It has to be your personal holy grail plant.

What would your pick(s) be if you could choose from those two criteria.

Which seed banks would be the "elite" ones

Not being a god-botherer whats a holy grail

Easy choice for me, right from when Cheech n Chong had achapupo gold, was always a dream n never thought it could become a reality
Occasionally looked for it on seed banks but never found it
Low n behold , a mate who I've known a long time decided he would give indoors a go , like me outdoors only with few unsuccessful half arsed attempts at indoors,
The co-op was reborn , he got different strains than I , only white widow in common
1 of them was achapupo gold the other blue cheese
As I was more than half way through first grow , n he was already started so I wasn't in position to get any clones off him, something he gonna teach me, we just kept on the path we're already on
Now I have worked out kinks in new area he is going 12/12 n didn't want to take clones
Well I thought that's ok , next grow I'll get some clones from his reveg( thanks bush , u certainly proved it's worth it)
As he's really a Xmas tree grower my style was hard to get his head around n he run out of room
Bingo , no need to wait for clones
The dream became a reality, the proud carer of my very first achapupo gold
Bloody hell rambling again 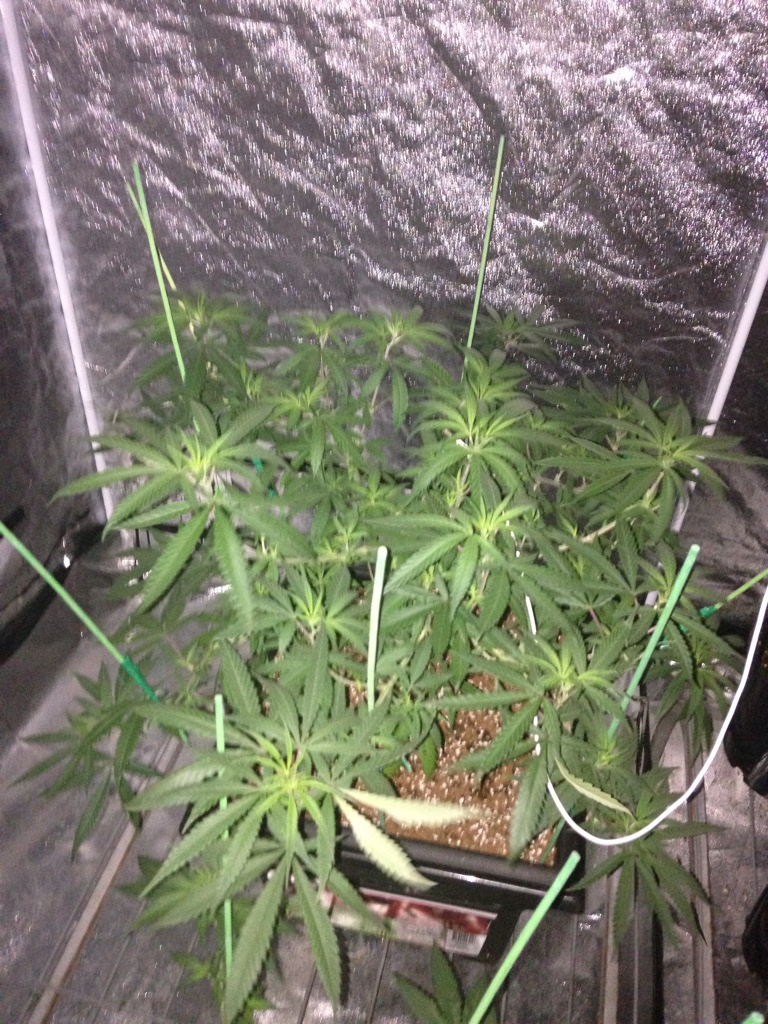 
It's a fair question and I'll answer it in the interests of defining the terms though it's plain you don't need the answer and it's aimed at increasing the entertainment value of your replies afterwards. Life's a game and I enjoy playing as much as the next person. So here we go:

Holy grail is a figurative term for an ultimate aim or goal. Something considered highly desirable. You can ignore the term if it bothers your sensibilities but most ordinary people understand the concept.

Remember I don't mean just strain here. I mean an actual cutting of the exact phenotype that some breeder you consider great has in their collection.

It's not about just getting the seeds or a random phenotype or even one you've selected from a thousand plants but if you think that plant you have is of that high standard then by all means let us in on the qualities of the strain.

These are the P1 plants that the seedbanks use or bomb quality clones that get around from time to time.

Doesn't matter either way still the same answer
The original seed , cutting or even a phenos running around now the answer for is the same
Achapupo Gold
If I had another choice Panama red

Doesn't matter either way still the same answer
The original seed , cutting or even a phenos running around now the answer for is the same
Achapupo Gold
If I had another choice Panama red

Another legendary sativa, always thought it was stuff of legend

I'd have to pick number 2, 4 cuttings, one of each

Howie mowie, tasted some home grown from a mate in Hawaii long time ago on trip
Very nice, rich red volcanic soil in amongst the pineapples

Back to Narcotic Cannabis Genetics/Strains