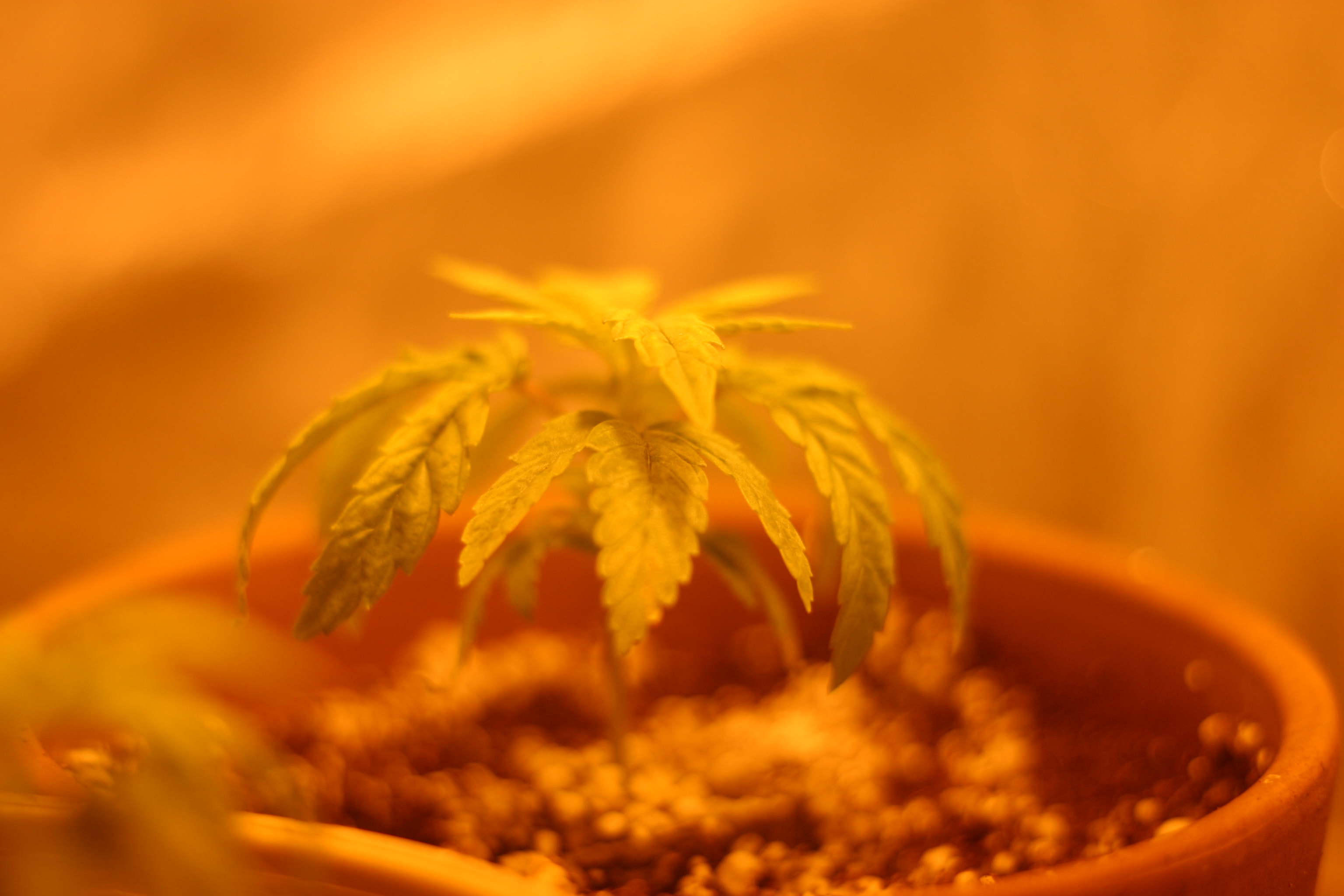 This first part is taken from a comment on 'Overheating again... But" because I feel it deserves it's own entry and I wanted to add a little to it.


"I have changed my mind about what the problem is here. I opened all the flaps at the bottom of the tent, raised the light to 600mm (measured precisely with a tape measure), put a 30cm fan in there and yet they still droop. What am I doing wrong, I ask myself.

Even if these things didn't fix the problem of "overheating" they should have made at least some difference, however it did not. I don't have a theremometer yet but even so going from a light 15cm above the plants with no exhaust fan and no 30cm circulation fan and no flaps open I assumed I would see a difference. So, perhaps the diagnosis of "too hot" was partly accurate but only a part of the whole picture.

Are you ready for it... Over-watering!! The leaves are firm and tough but turned down from the stems to the tips of the leaves. According to mighty google I am a water happy twat. I stuck my finger in to the growing medium up to my second knuckle on my index finger and it was wet all the way to the top. I have been suffocating them I think. I will not water untill the first two inches of top soil (or top coco, whatever, you guys know what I mean) is dry and see how they react.

As an optomist, I am expecting to look at my plants tomorrow to find that they have bounced back and are thriving.

Researching this actually lead to a discovery of a good site for learning about the different problems plants may have. Here is a link.


So that is that part, and since writing this I have also removed the layer of Perlite I added to the top of the pots because I am trying to help them dry out as much as possible so that they can breath again (the perlite aids in water retention, I know this thanks to the cap'n, and that is not what I want right now). Growth has slowed down due to this overwatering so clearly I am keen to get them back on track ASAP. I also gave the plastic pots a light sqeeze to get rid of any excess water. One of them, the worst one, surprise surprise, actually drained a fair bit of water. If you can squeeze your pots and water comes dripping out, your doing it wrong. Also, I have not watered today.

I have some deformed leaves I'm trying to diagnose on the other plants but don't really care because the newer growth is doing quite well (the only reason I want to know why they are behaving as they are is so that I will be able to recognise that problem in plants later in this grow, or in the next one or the next. Knowledge is power!)

I also have two other seeds in the small tent under the PS1 system I have which I beleive may be AK-47, hopefully. I have tweaked the tent a bit since I transferred the others to the large tent. This time however, as soon as those cotyledon pop out they will be going under the 600W. More on this in another (short) post.


EDIT: I should have noted that the plants, after not being watered, having the perlite removed and lightly squeezing the pots out, with the light on, are looking much better. Just compare these photos with the ones from my last entry. You will see the difference.

EDIT: Also, one interesting thing, we removed a dead leaf fromone of the plants and I think we accidentaly crowned in because it now has what appreas to be two distinct main stems. It's in the album attached to this entry, you can't miss it.

EDIT: FAAAAAAARK!!! So I think I need to buy a 20X or bigger hand held microscope tomorrow because I was just having a sit with my babies, as this is becomming an obsession, and to my horror, there were all these little brown specs on the tops of the leaves. When I saw the first one I thought It was just a bit of Coco but then there was another and another and another and they were on all the plant leaves. It is at this point I am kicking myself for using the bag of Coco that I got from the guy I got the tent from to replant my babies. I even thought to myself, "BBC, go get a fresh bag of Coco and toss this crap away, who knows what's living in there. I know his grow didn't work out (from total lack of care) but maybe bugs had something to do with it too." And yet, I used it anyway. Maybe even the tent was infested, I don't know but I'm a bit put off. Maybe it is not insects, I have wiped all the visible ones off and if they are back tomorrow then I am dealing with a living organism in which case, I shall declare war on these little bastards! With the microscope I can know for sure plus when it comes to around harvest time I can use it to check the colour of the trichomes.