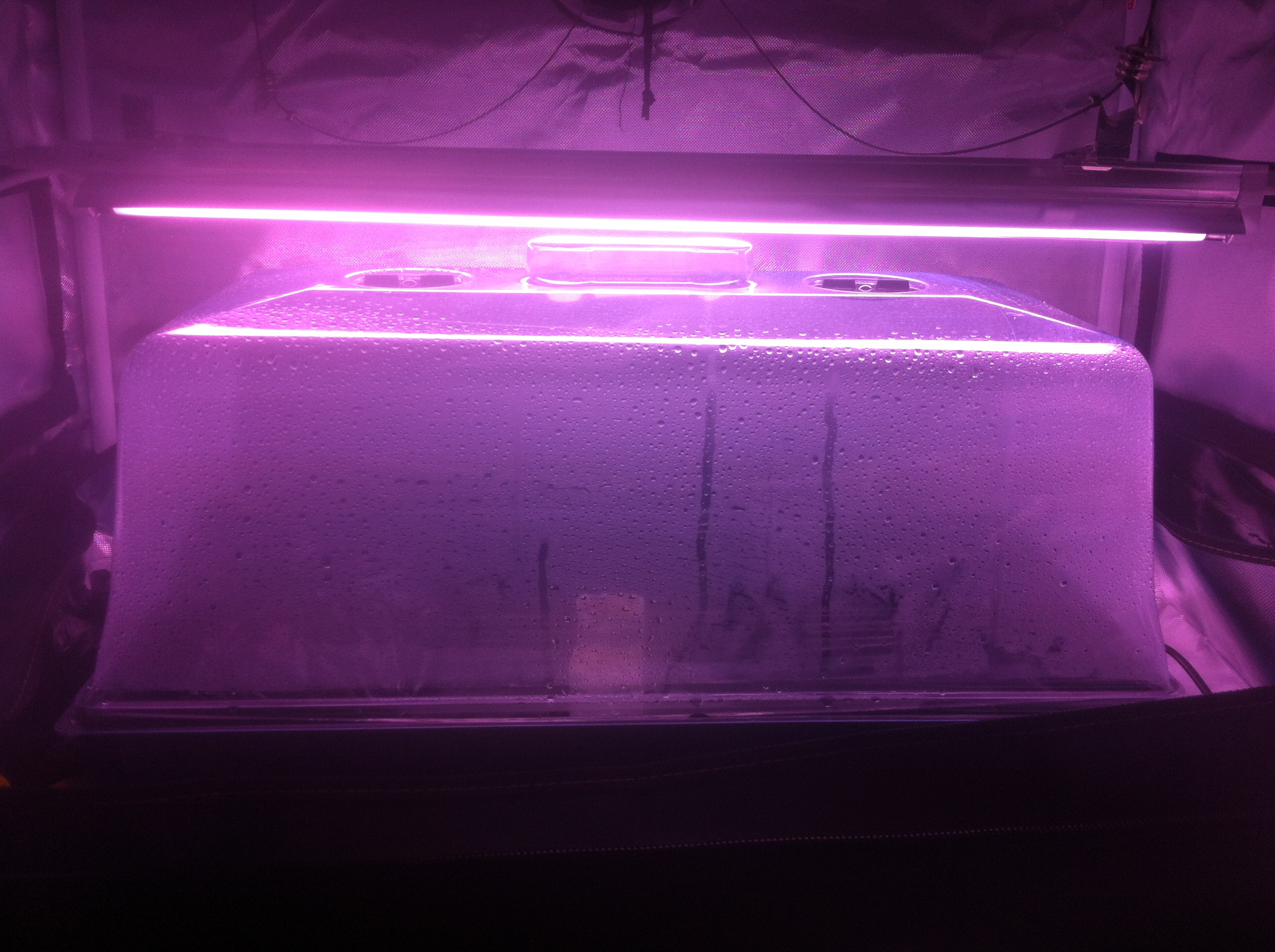 I have copied the following out of the journal I just finished roughly writing up with a few notes to my self and a few questions. If you see any errors in my methodology thus far (which I'm sure there will be) or if you see a question mark indicating I'm unsure of something please leave a comment or preferably and answer.


· Seeds – Did not have enough money or time to purchase decent seeds. Will have some money soon and will probably order some nice seeds and see if I can get them going in time. Pulled some random seeds from the bottom of a bag of half decent smoke. Placed about 40 seeds in a cup and left them for 24hrs to see which had sunk and which had not. I then fucked off the shitty seeds that had not sunk after trying to poke them down. Began to germinate in a sealed plastic container between sheets of tissue paper on a heat mat (SeaHawk Clone Master Propagation Heat Mat 30cm x 60cm $50.00) in a dark grow tent (SeaHawk 75cm x 60cm x 50cm $90.00)
· 36hrs (roughly – didn't think to time adequately) and we have seen the first two of the seeds to produce tails.
· Having noted the above I took a clean bucket and filled it with Precisely 4L of water from my tap, although I would have rather used distilled water or a reverse osmosis water purification system (the more I read the more money I wish I had to invest in this project), I am on a tight budget an need to conserve funds for the absolutely necessary items and make do with everything else. I then added 4ml of CANNA Rhizotonic to boost root development. Using a Paper PH Kit I bought for $40.00 I tested the PH at around 7 (possibly a little higher to start with). Adding 3 drops of PH Down at a time I brought the PH down to around 6. I then covered the solution with glad wrap/cling wrap (just to prevent crap from settling in the solution) and left it to settle.
· 60hrs (roughly – didn't think to time adequately) and the tails of the seeds are about 1cm long now. At 4.30pm I placed two Grodan Rockwool Cubes 1”x1” into the solution and left them there to soak until 5.50pm. Then, we removed the seeds from the container they were germinating in and placed them gently, tail down, into the pre-made holes in the rockwool cubes that I widened and deepened a little with a pen. We then closed the rockwool back over the seeds and placed them in a humidity box on top of the heat mat in the grow tent they were germinating in. The seeds that had not tailed yet have been left in the container they were in which was then placed inside a black plastic bag and then into the humidity box.
· At 6pm switched on the lights (2 x Giant PS1 24Watt white lamps) which apparently are perfect for this purpose providing the plants with ‘purple’ light bio tropic 25000K? and daylight 6400K? I wanted to keep the non-tailed seeds on the heat mat but not receive light, hence the black plastic bag. Lowered the lights to sit just above the top of the humidity box.
· I then added the minimum quantities of CANNA A&B for the quantity of water in the solution with Rhizotonic. I mixed it all up (always add A and B separately or they form insoluble solids called gypsum?) and added a portion to a squirt bottle. I gave the humidity box a good squirting and the tops of the two rockwool cubes 3 squirts each – seeing as they had already soaked in Rhizotonic (also, I squeezed some of the moisture out of the cubes so as to allow air into the cubes and not drown the seedlings) and not wanting to over do it. I have just read now that it is inadvisable to add ntrients to the plants for the first 2-3 weeks so I’m hoping those 3 little squirts will not harm them. I panicked a little and was tempted to flood the cubes out but decided the patient observation might serve me better (plus it was just the first two seedlings of 16 so a lesson learned on two instead of all is not so bad). Just water with Rhizotonic from now until they can handle it.
· I am thinking about adding some perlite to the bottom of the humidity tray so that when the plants' roots start to poke out the bottom of the rockwool cubes they will have something to grow in and through until they are transplanted without being crushed at the bottom of the tray.
· I have a temperature / EC / PH meter set aside for me but I need the money to buy it which I will have soon.


So that is my progress so far. For images please see the attached/associated gallery. I will update with further progress and also try to give you an idea of my intentions.